The challenge of finding a Church 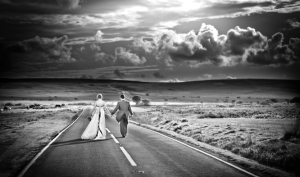 The perceptive reader would have noticed that the heading above uses a capital ‘C’ for Church instead of a lower case ‘c’, the first being a proper noun and the second being a common noun. This is not an English lesson but the distinction has been vital in the journey Jane and I had to make in considering marriage. In the way of a very brief explanation, ‘church’ describes the actual building where people come to pray, for example St Joseph’s parish church, whereas ‘Church’ refers to a particular grouping of Christians e.g. the Catholic Church. Now while Jane and I are both Catholic there is actually more than one Catholic Church, in fact there are twenty three of them. Most Catholics, 98% in fact, belong to the Western – or Latin – Catholic Church, but there are also twenty two Eastern Catholic Churches which are autonomous and self-governing. These are Churches like the Maronite, Ukrainian and Melkite Churches; they have their own liturgical traditions and rich cultural heritage that stem from the very areas where Christ lived.

I mention all this because I am a Melkite Catholic through my father who is Syrian. Although I was baptised and raised completely in the Latin Catholic Church, one’s ‘Church’ is transmitted through the father regardless. About five years ago I felt a desire to embrace this ancient Church of my ancestors so began attending the Melkite Church each Sunday. Jane is very involved in the life of her Latin Catholic parish and I am very involved in the life of my Melkite Catholic parish. So when we came to discuss where we would marry you might begin to see there were a few more complications involved than usual. END_OF_DOCUMENT_TOKEN_TO_BE_REPLACED