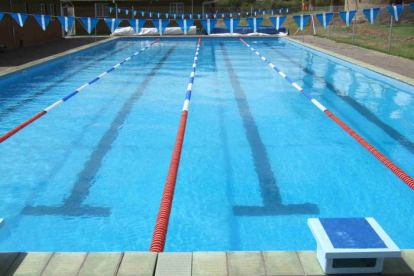 I am used to other people getting engaged. I know what to do and what to say. However as I discovered it was very different when I got engaged myself. Someone asked me the day I proposed if I felt any different and at that point I was surprised by the question, why would I feel different? I got home after proposing, went to bed and got up the next morning.

However, returning to the regular cycle of life, one is made very aware of what has happened. Jane and I work in the same building; in fact we work on the same floor so there was the joy that goes with our colleagues knowing both of us. I was not at work the day after we got engaged so it was Jane who faced all the initial cheers and spent most of her day showing the ring and re-telling the story. I arrived back the next day and although having no ring and being a guy meant there was not as much interest in me there were still plenty of congratulations. Every time someone shook my hand or slapped me on the back I would thank them with a smile and a laugh. My mind though had not really come to understand what was going on around me. People were saying ‘you must be so happy’ and I wasn’t unhappy but I was in a strange semi-dazed world of my own.

I came to look at it a bit like this; for the months we had been dating Jane and I had been walking around together in one of those small toddler sized wading pools. We had got used to the size of the pool, the temperature of the water and most importantly our love for one another ‘fit’ in the pool. Of course the very reason I proposed marriage was because I wished to move to a larger pool, however I do not think I factored in the adjustment. All this time I had been playing in this puddle of water and all of a sudden after proposing I found myself in the Olympic sized pool where my feet could not touch the ground…and I realised I was not even that good of a swimmer! The love that seemed overwhelming prior to engagement, felt, in those first few days, like it had dissipated in this large body of water. I did not love Jane any less than the day before I proposed but becoming engaged more is expected of your love. Before proposing we were just a couple of teenagers hanging out and in an instant we had become adults! I have realised that being engaged does not fill you with some upgraded type of love, the love you have continues, but with a new, more serious goal in sight.

That first day I arrived back at work my colleagues also put on a little engagement party for us. We walked in to a surprise table of food and drinks and the cheers of everyone. Jane was given a little veil and I was given a tuxedo front. A few words were said assuring us of prayers and wishing us well as we moved towards being husband and wife. Husband and wife?!  I am sure I was physically standing there smiling but I think I was having an out-of-body experience where I was looking down on this quaint gathering and wondering to myself what was going on. It was almost like someone tapped me on the shoulder, told me I was engaged to which I replied in shock, ‘What?! No one told me!’

Now I am a couple of weeks down the track, my mind has caught up with the idea and I am excited about being engaged. But for a moment there, I must be honest, there was the fear of being in a body of water bigger than me (and I know that fear because I do not like swimming). Besides that I have never dealt with change well and this is one big change. There was a slight trepidation that I may have made an error because I did not feel as overwhelmed with joy as I thought maybe I should. Rest assured though, it was early days, whatever fear there was has cleared. I am enjoying the larger sized pool and am slowly learning to swim.

Posted in Uncategorized and tagged engagement, marriage, party, proposal, swimming. Bookmark the permalink.
← The Mystery of Being an Engaged Man
Sharing in the Joy →