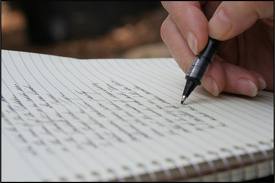 Marriage is a very public event and that is the way it is meant to be. Marriage is the public joining of one man and one woman and it is recognised not just by the Church which blesses it as a sacrament but also by the State. Why does the State concern itself with marriage? Simply because marriage (and the family that will most often flow from it), is absolutely essential for a healthy and functioning society. Every wedding celebration then is actually a celebration that life will continue, that children will continue, that society will continue. It is the ultimate celebration and so of course married couples have guests to celebrate with them at their wedding.

Many, many years ago, and for all time before that, Jane and I would have most likely been from the same village and so making a guest list would not be that hard. We would simply invite the entire village to a massive celebration in the town square. If we were to invite our entire suburbs to join us nowadays we would need a place slightly bigger than the town square so we sat down to craft yet another list, the guest list.

We did not start with a specific number for the reception but 100-150 seemed reasonable enough. I was surprised at how easy it was for us to make up numbers. Just our families together comes to about 100, add in 25 friends each and we are at 150 guests without even trying! While it was not hard to make that list it was hard for me to realise that there would be a lot of people who sadly had to be left off, ranging from friends who were excited for us to those who were important people somewhere in our life journey. I have been to a number of Middle Eastern Weddings and they don’t seem to have this same concern because there are always 400-500 people at the reception!

When I thought about the people who were not on my reception list I really did have a problem because I wanted to be able to have them at the wedding and to honour and thank them for the contribution they had made in my life. Jane also had people who she could not fit on the guest list but as the wedding will be in her local area and many of them were church and family friends she thought they would certainly come to the ceremony regardless. I was not so sure that some of my friends who fell outside the guest list would travel from further afield to attend the ceremony and if they did I felt the need to have at least something small to thank them for their presence and support.

And in came the idea of the post ceremony afternoon tea. A stroke of genius! I recall these events happening when school teachers’ married. Obviously they could not have a pack of grade four children at their reception, so immediately after the ceremony they held a small afternoon tea in the church hall. I have also, in more recent years, been invited to the afternoon teas of marrying couples who I knew but not close enough to be invited to the reception. In these cases I had found it an honour to be invited to the ceremony and a small something afterwards where I had the opportunity to extend my congratulations. I felt this was exactly what Jane and I needed to bridge the gap. It would allow us to send genuine invitations to those who more ideally would be at the reception and others who genuinely would love to be present and celebrate with us.

Jane had not has the same experience of the post-wedding afternoon tea so it did require some selling but in the end we had a deal! What we did then was create two lists, an afternoon tea list and a reception list. We will make up two sets of invitations and simply change the celebration details. I asked my parents to help plan the afternoon tea and they were of course happy to work on it. The afternoon tea should be a wonderful opportunity to thank those who really have been a part of our journey from proposal to marriage.