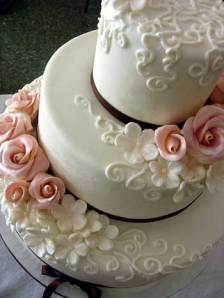 Even though I have been determined from the start not to be pulled into the ‘magic-making’ world of the wedding industry I have to say this wedding planning business really does take some energy! Jane and I have to be careful not to allow every time we see each other to be necessarily wedding related. I know a number of married couples who have a weekly ‘date night’ and even as an engaged person I can already see the value in implementing such an idea. In fact thinking about it, I have been glad that our engagement has been at the shorter end of the scale at seven months (with only three months to go next weekend). I can’t help but think that if our engagement was drawn out over twelve or more months we would have taken far too much time making this one day more than it needs to be at the expense of continuing to build the relationship that is the whole point of the actual wedding day. So with the date getting closer it was time to lock in a couple of the key wedding things: cars and cakes.

Jane and I have not been particularly fussed about fancy wedding cars. So much so that I had an initial idea to hire a couple of white cars from the local car rental company, pop a ribbon on the front and ask some friends to drive them around for the day. Of course once you go down that path it’s a matter of working out who will pick up the cars, who will put the ribbon on, who will drive them and who will return them. It did seem it would just be extra trouble so we moved to think about hiring some simple wedding cars. Luckily Jane is daughter number four to be married, so all the research on these important wedding related matters had previously been done and we were able to tap into the information sourced for previous family nuptials.

The next car question was would we travel with the bridal party from the post-wedding afternoon tea to the reception i.e. hire a stretch limo, or would Jane and I travel separately in two smaller cars. Obviously the attraction of having some brief time together travelling to the reception was a nice thought but on the contrary that time with the bridal party would be a fun time to talk about the wedding ceremony and get excited about the upcoming reception. We opted for the stretch limo for the six of us to travel together.

Next came the cake. While I did not have any particular cake idea, Jane found a selection of wedding cake photos she liked and we came up with something that we thought might be a bit different and speak a little bit about who we are. I am not sure if I would be permitted to share the intimate details of the cake (we need to leave some surprises) but I can say that we both think it is going to look pretty great!

And so we made an appointment to see the ‘cake lady’ and discuss our ideas (I am pretty sure she has a name but I just wrote in my diary “cake lady – 8.30am”). This lady had certainly rolled out a fair bit of icing in her time (she is now making the wedding cakes for the children of couples she had previously made wedding cakes for). Our ideas seemed to present no major challenge for her so that was good. We had a fun time in her studio playing with the foam shapes to work out how many and what size tiers we wanted and at the end we got a bonus box of sample cakes to take back and try out which we rather enjoyed. Of course an important part of the wedding cake is the actual cake and I never thought I would say this but I must admit I am leaning towards voting for a fruit cake. I think in my old age I like the idea of sitting back with my great aunt at the end of the reception with a cup of tea and bit of fruitcake – Jane tells me she will instead will be on the dance floor with the young people…but so long as I can sit down with my cake…dance on Jane!